Inspired Talks and Speeches that Will Motivate You to Succeed 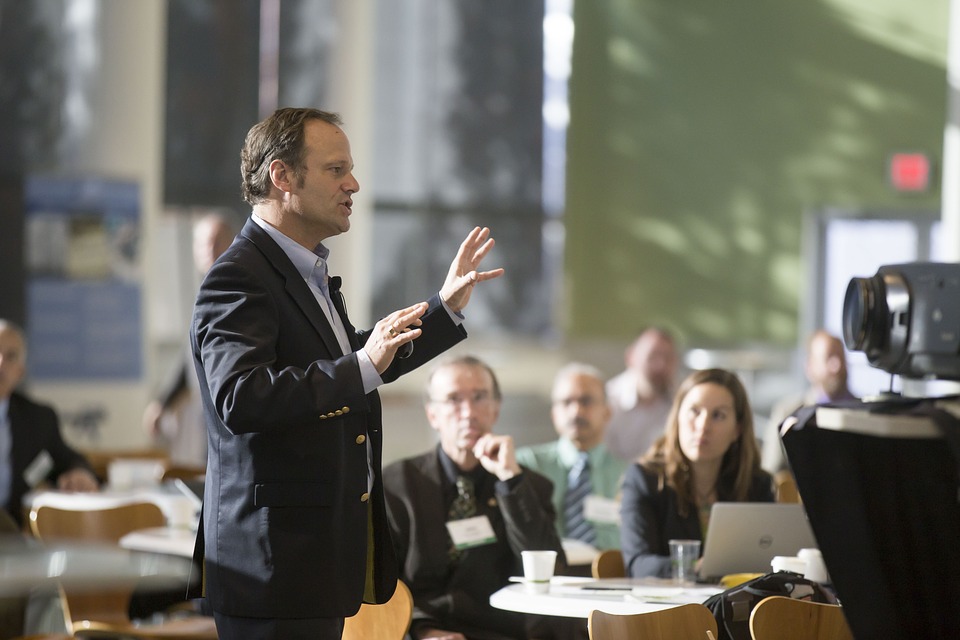 Inspired talks, or more commonly known as motivational speeches, are monologues done by one person in front of an audience, and the content of their speeches or talks would oftentimes include their own experiences and lessons that the audience can empathize with. However, inspired talks are not limited to just being in front of an audience and telling a piece. It can also come from a soliloquy from a play or a scene in a movie.

Much like in sports or any other competitions, being motivated is also important for a normal, working individual. The motivation to do more, be more, and achieve more is something that all successful individuals have. If you want to succeed, it is crucial for you to have this kind of mindset. However, the challenge for all of us is to retain and, in some way, heighten that kind of mindset. Additionally, motivation is also necessitated for someone who has a coming deadline or a major presentation to show their clients.

What are the factors that could demotivate you?

Unfortunately, there will be times when a person will feel demotivated to work and to reach their goals. The truth is there could many factors that affect them. In the quest to better understand them, we listed some of them below:

What are some examples of inspired talks to motivate you? 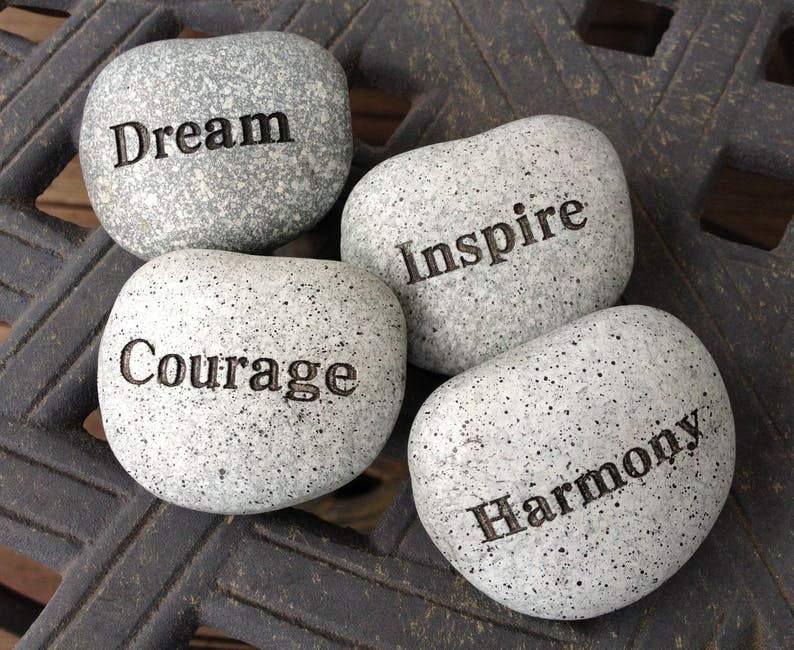 The renowned author of the Harry Potter series gave the 2008 Harvard commencement speech and focused on two things that she wishes she knew when she graduated college: benefits of failure and the importance of imagination. She shares her experience of being in a failed marriage, single-handedly raising a child, being jobless, and being poor on the verge of being homeless. As she states

“…and so, rock-bottom became the solid foundation on which I rebuilt my life.”

She goes on expounding that she would have wanted her 21-year old self that just graduated college, that life is not a checklist of acquisition or achievement. Eventually, she expounded on how imagination is not about envisioning things that are not, but it is the capability to empathize with another human being without ever experiencing what they have gone through.

Basically, she wants the audience to know that people need not be fearful of failure because it helps them understand where their true passion lies and enables them to focus their energy while moving forward. While imagination is important because it allows people to empathize with others while using whatever influence they have to do good.

The film was released in 2006 to be the follow-up to the Rocky sports drama film series. It features Sylvester Stallone as the famous, but retired boxing legend. The scene that contained this speech is where he had a heart-to-heart talk with his son. The scene starts out with Rocky’s son telling his father that everything that he’s achieved was because of Rocky’s name – when Rocky fails, it dragged his son’s name down too. So, the son is blaming Rocky for everything bad that has happened to him. Afterward, Rocky starts a monologue about how failures and obstacles are normal for life, and it will happen. However, Rocky states that what’s important is how a person keeps moving forward even though they are battered with failures and adversity. Here’s what he said:

“Let me tell you something you already know. The world ain’t all sunshine and rainbows. It’s a very mean and nasty place, and I don’t care how tough you are, it will beat you to your knees and keep you there permanently if you let it. You, me, or nobody is gonna hit as hard as life. But it ain’t about how hard you hit. It’s about how hard you can get hit and keep moving forward. How much you can take and keep moving forward. That’s how winning is done!”

The author of the bestselling book “Eat, Pray, Love,” Elizabeth Gilbert used the Ted Talk stage back in 2009 to address some issues that she has been dealing with since the success of her book. Questions such as “How are you going to top that?” or “Aren’t you afraid that your succeeding books will not become as famous as the last one?” These questions are what Gilbert used to create her TED Talk speech, and it was excellent.

Gilbert examines how the human race’s idea of creativity and genius has changed over the course of numerous generations. Historically, creativity and genius were once considered to be separate entities that could be with or an artist could have. However, when the Renaissance period came, the idea of genius and its effect to a person’s creativity became a matter of the person being a genius rather than having or being with it. The association of genius and creativity to an individual became a horrendous source of pressure for writers, artists, and other creatives to constantly produce top-notch work. Here’s what she thinks about the association of genius and creativity to an individual:

“I think that allowing somebody, one mere person to believe that he or she is like, the vessel, you know, like the font and the essence and the source of all divine, creative, unknowable, eternal mystery is just a smidge too much responsibility to put on one fragile, human psyche. It’s like asking somebody to swallow the sun. It just completely warps and distorts egos, and it creates all these unmanageable expectations about performance. And I think the pressure of that has been killing off our artists for the last 500 years.”

She concludes that whatever job you may have, always be there to do your part. Even if you are scared, fearful, or hopeless, you must have the courage to be stubborn and to love what you do, and keep showing up for your part.

Whenever Ellen Degeneres talks, you could expect to have a laugh while still learning the value of being kind. Ellen’s commencement speech definitely had its humorous snippets, but it also contained some tragic moments of her life that eventually led her to a career in comedy. She narrates on how success came to her and how quickly it disappeared and on how being true to one’s self becomes an avenue for self-improvement and growth. Basically, her commencement speech became one big ball of laughs and motivation.

No matter what life throws at you, the most important thing you should do is face it with everything you have while still staying true to yourself. One of the most striking statements that Ellen made during her commencement speech is this:

“Ultimately, that’s what’s gotten me to this place. I don’t live in fear. I’m free. I have no secrets and I know I’ll always be OK, because no matter what, I know who I am.”

Susan Cain is a renowned writer and lecturer. She is most commonly known as the author of the nonfiction book “Quiet: The Power of Introverts in a World That Can’t Stop Talking.” She talks about how her generation’s society and how today’s society fails to take introverts into account in social settings such as schools, camps, etc. She goes on to explain the meaning of “introvert” because it is definitely different from “shyness” because the latter is a fear of social judgment, but the former is about having a different kind of stimuli that enables them to perform better when in a quieter, more low key environment. In addition to this, she goes on to use famous people such as Charles Darwin, Dr. Seuss, and Steve Wozniak as examples of how solitude is important for creativity.

She concludes her talk with three calls to action for those who believe, hope, and wish some things with regards to solitude, introversion, and being alone:

A short scene from this movie features Chris Gardner, played by Will Smith, playing basketball with his son. As they play, Chris Gardner tells his son that he will only be as good as his Father on basketball, and Chris Gardner has only below average skill in basketball.

After a moment of self reflection, Chris Gardner has a major change of heart and starts telling his son about the value of protecting his dreams. He tells his son:

The lesson here is that the son can pursue whatever he likes and/or wants, and if he does, he needs to firmly protect that belief against people that tell him that he can’t do it.

In today’s society the people that have the capability to conduct talks that inspire others are a dime a dozen, but not all of them are good at it. Only a few has the capability to make people empathize with them, and touch them at the very core of their beings. One of those people is Jayson Lo.

Being a millionaire at the age of 22 and losing it all at the age of 30, Jayson Lo has been through insurmountable heights and the lowest of lows. The tragedy costs him millions of pesos, and lead to him incurring debt in the millions. Fortunately, with his firm faith in God, he was able to settle all his debts in just a span of 2 years. This instance of falling down and rising up again is what tempered him into a person that can motivate people. In addition to this, he used this experience to fortify his talk titled “Be Debt Free,” which attracted thousands of audience members from around the country.

As a Filipino motivational speaker, he educates and entertains through his inspired talks and motivational speeches. His extensive experience in the public speaking industry has led him to conduct inspired talks to a plethora of people that came from different walks of life. Some of his talks include: corporate training, sales rallies, school events, company events, business conferences, and many more. Jayson Lo educates and entertains! He has conducted his experiences in this industry that gave him the capability to speak and train less than 10 people in workshops, and to be a keynote speaker for thousands of audience members. Jayson still aims for all the audience members that attend his talks to opt for a change to a positive lifestyle.

Jayson’s expertise varies from: personal development to finance, and from sales to leadership. So, what are you waiting for? Book him now and be able to experience how he’ll inspire you to become a better version of yourself!